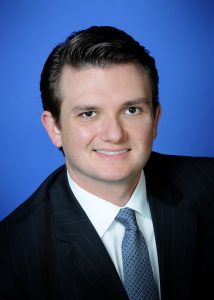 Dietze has been with Seton Medical Center Harker Heights since August 2012, having served as assistant administrator since that time. In that role had operational responsibility for ancillary and support departments, and served as ethics and compliance officer. Additionally, he led the development of the hospital’s outpatient therapy program in partnership with the Armed Services YMCA, and collaborated with the Greater Killeen Free Clinic to develop a chronic disease management program to serve uninsured patients throughout the community. In October 2016, he was named Interim CEO after the resignation of Matt Maxfield, former CEO.

Prior to joining SMCHH and LHP Hospital Group, Dietze was program manager for ACO Development at Harris Health System in Houston, Texas where he also completed his administrative residency. Dietze was raised in Round Rock, Texas and received his Bachelors of Arts from the University of Texas at Austin, and his Master of Science in Healthcare Administration from Trinity University in San Antonio, Texas. He is a current member of the American College of HealthCare Executives (ACHE).

Dietze serves on the board of directors for the Armed Services YMCA – Killeen and is a member of the Rotary Club of Harker Heights.

Kappelman said “With Zach as CEO, I am certain the hospital will move forward in a positive manner for the community. Zach is capable of continuing the work begun in this new facility and has great vision for its growth.”

Dietze lives in Harker Heights with his wife Ashley and son Henry.